Physiologically realistic microvascular networks in human body refers to the flow of blood in vessels with diameters approximating the thickness of human hair. The majority of these blood vessels are known as the capillary vessels. They are responsible for gas and nutrient transport to surrounding tissues. They also play a major role in cancer diseases of the heart, brain, kidneys and eyes. The vessels continually split from and merge back into other vessels, so they form geometrically complex 3D meshes that are known as the microvascular networks. Distribution of blood in such networks dictates the pathophysiology of the surrounding tissue.

Blood in micro-vessels flows as a concentrated suspension of discrete blood cells. The sizes of these cells are roughly equivalent to the width of the smallest vessels, though red blood cells can squeeze through vessels smaller than their normal cell size. As a result, the hydrodynamics of individual cell and their interaction with each other dictate the flow dynamics of blood in the microvascular networks.

Until now, there has been no computational study of blood flow in the microvascular networks that faithfully accounts for the realistic and geometrically complex architecture of the networks while simultaneously and accurately resolving the deformation of every single red blood cell as it squeezes through small vessels. This research has developed, for the first time, a high-fidelity, versatile, 3D model for accurately and efficiently modeling cellular-scale blood flow in the microvascular networks.

The simulations are computation-and data-intensive. The resolution used to discretize the flow domain is about 160 million points, plus 1,000 cells each discretized using more than 5,000 triangular elements. Each simulation generates 2-3 terabytesof data. Caliburn has been very useful for such computations. 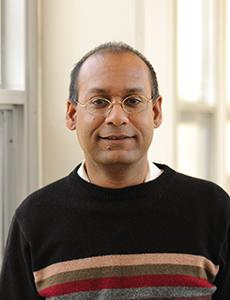